In their activity, the team deals with issues from the broadly understood issues of the so-called Geomechanics. It consists of geotechnical issues as well as rock mechanics, including the assessment of the impact of underground works on the surface area and building structures.

In the course of its activity, the team performed many scientific works and engineering works for the industry both from Poland and abroad (including among others Germany, Czech Republic, Netherlands, USA).

This activity allowed to build a team based on professionals with extensive experience and engineering sense, not afraid of new challenges. For its analyzes, the team uses both analytical methods and numerical methods based on author's programs and the finite element method, guided the maxim:
"Finite Element Analysis makes a good engineer great, and a bad engineer dangerous" (Robert D. Cook)

The team has been cooperating with leading scientific institutions from various countries for many years. 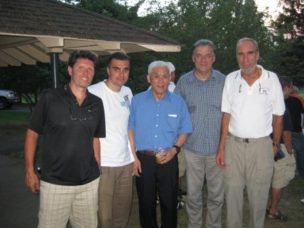 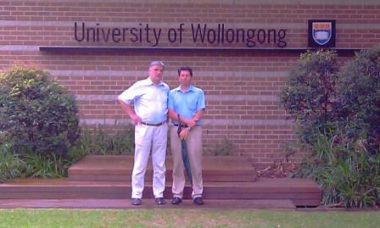 from the left: A. Sroka, A. Preusse (RWTH Aachen) 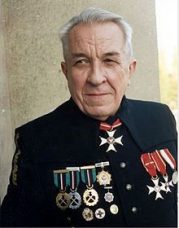 In 1951, he successfully completed the PhD thesis: The Influence of Mining on the Surface in View of Safety of Objects Located on It, which became the foundation of a very fine and clear theory of the ground movement caused by ongoing mining operations. This approach is based on a concept of an influence curve, and selection of an appropriate Gaussian function. The theory has been used very successfully for prediction of subsidence problems in Poland and worldwide, inspired many who worked on subsidence problems caused by mining activity. It is still used by those who are adopting this theory in order to deal with complex cases despite availability of more powerful numerical methods.

Professor S. Knothe was also an expert in mine ventilation, with due attention given to methods of solving problems of the air flow in large networks with analog computers.

Achievements and recognition have brought to Professor S. Knothe honours as well as duties. He was elected a corresponding member (1976) and full member (1989) of the Polish Academy of Sciences (1997), was awarded the title Doctor Honoris Causa by the Academy of Mining and Metallurgy in Cracow (1994). He acted as a member (1960-2015), chairman (1981-1995), honorary chairman (2003-2015) of the Committee Mining of Polish Academy of Sciences, editor in chief the Archives of Mining Sciences (1968-2003). He was invited to join scientific councils of institutes and engaged in vast consultancy work for the state mining authorities and mining companies. He took part in numerous congresses, symposia at home and abroad. Professor S. Knothe was honored with the highest state awards and recognition of the mining community.

Professor S. Knothe passed away peacefully on 31st December 2015 and was buried in Cracow on 13th January 2016 with honors, in the presence of the family and representatives of the academic as well as mining communities. Friends, colleagues and his students will remember him as a man of principles and kindness.

Text about Prof. Knothe was taken from the article of Prof. Wacław Trutwin 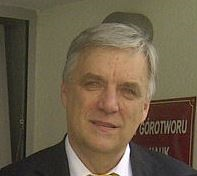 Professor Anton Sroka is graduated from Mining Surveying at the AGH University of Science and Technology in Cracow (1971). At this university, in 1975 he obtained the degree of doctor of technical sciences, and in 2000 — the postdoctoral degree in the field of mining geomechanics (habilitation). In the period 1971-1980, assistant, senior assistant and adjunct at the Faculty of Geodesy Surveying at AGH. In 1980, he left Poland. In the years 1982-1984 he was a teaching and didactic assistant, and in the years 1984-1990 a professor at the Technical University of Clausthal/Lower Saxony. In the period 1990-1999 he worked in the coal concern Deutsche Steinkohle AG, being responsible for planning mining exploitation in the sense of minimizing its impact on the surface and rock mass, in the sense of minimizing induced seismic, and managing the research of the group in the above-mentioned scope. In 1999, he was appointed full professor in the field of Mining Surveying and Mining Damage at the Technical University Bergakademie Freiberg/Saxony. From 2003 to 2013 he was director of Mining Surveying and Geodesy Institute at TU Bergakademie Freiberg. He was also the Dean of the Faculty of Earth sciences, Geotechnics and Mining (2006-2009) and the director of the training and experimental mine "Reiche Zeche" and "Alte Elisabeth" in Freiberg (2005-2012). In April 2013, he retired, retaining the position of a member of the TU Bergakademie Freiberg and still being its lecturer.

Professor Sroka is the author and co-author of more than 200 publications in the field of mining geodesy, geotechnics and mining geophysics as well as calculation methods, dozens of scientific and research topics and many projects and implementations for the mining industry. Professor Sroka was a supervisor in 20 completed doctoral theses and a reviewer of more than 20 doctoral theses.

He is the organizer or co-organizer of traditional scientific sessions at the TU Bergakademie Freiberg, such as Geokinematischer Tag and Altbergbau-Kolloquium. Since 2008, he has been employed as a professor at Strata Mechanics Research Institute Polish Academy of Sciences (IMG PAN) in Cracow. In 2012, he received the title of professor of technical sciences from President Komorowski. Since mid-2013, he has been a full professor at the IMG PAN in Cracow. The subject of his scientific and research work and expert opinions carried out on behalf of the mining industry or state offices of many countries concerns mainly the calculation of terrain and rock deformation and their impact on objects surface in case of, e.g.: 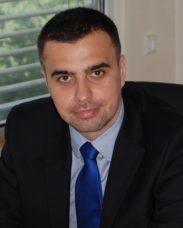 Krzysztof Tajduś is a Professor at Strata Mechanics Research Institute Polish Academy of Sciences (IMG PAN) in Cracow (Poland). He was graduated as a Mining Engineer (2003) from AGH University of Science and Technology in Cracow (AGH-UST). He got MSc Engineer in Geomechanics. After graduation he started working for IMG PAN (2003 up today). In 2008 he defended a double PhD degree: one in the field of Mining & Geological Engineering at AGH-UST, the other one in the field of Soil Mechanics at TU Bergakademie Freiberg (Germany). In 2016 he defend his habilitation (postdoctoral degree) in a field of Mining & Geological Engineering at Central Mining Institute (GIG) in Poland. In 2009 he has become the youngest member of the Polish Committee on the State Mining Authority for the state of water and rock roof collapse hazard in Salt Mine "Wieliczka" S.A., and since 2010 he has been a full member of the Polish Commission of the State Mining Authority for the Surface Protection. In 2011-2014 he was working at the AGH-UST, Faculty of Drilling, Oil and Gas.

Professor Tajduś is the author and co-author of more than 80 publications where about quarter of it was published in the International Journal with IF (in a field of Rock Mechanics, Soil Mechanics, Mining). He has been working in more than 100 industry projects in whole Europe related to Mining-inducted Rock Mass Deformation, Mining Damages, Rock Mass Stabilization, Rockburst, Tunneling, Hydraulic Fracturing, CBM and almost 30 national and international research projects. Professor Tajduś was a reviewer of 9 doctoral and postdoctoral degree theses and almost 40 Scientific International Journal publications. He is co-organizer of conference Altbergbau-Kolloquium and Knothe Conference.

He is currently the member of: Council of Strata Mechanics Research Institute Polish Academy of Sciences, International Society for Rock Mechanics (ISRM), International Society for Soil Mechanics and Foundation Engineering, and the assessor in State Mining Authority in a fields of: bolt anchoring rock support, shaft lining, rock burst, assessment in the new excavation's systems. Since 2018 he become the Section Editor (in a field of Rock Mechanics) in Archives of Mining Sciences Journal (with IF). 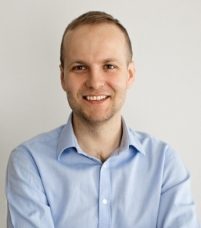 Since 2010, Rafal has been a part of Prof. Sroka's team at the Strata Mechanics Research Institute Polish Academy of Sciences in Cracow. His work has involved the area of surface protection against the effects of exploitation. He is particularity interested in mining geomechanics and geotechnics. He is co-organizer of conference Altbergbau-Kolloquium and Knothe Conference.

Rafal is the author and co-author of 35 scientific papers, 6 research projects (national and international), more than 60 engineering projects and expert opinions in the fields of: Coal Mining, Ore Mining, Salt Mining, Civil Engineering and Geotechnics completed in Poland and beyond its borders. 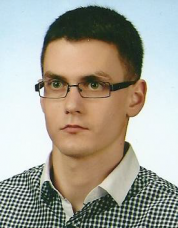 Since 2017, Mateusz Dudek has been a part of Prof. Sroka's team at the Strata Mechanics Research Institute Polish Academy of Sciences in Cracow. He deals with the issues of surface protection against the effects of underground exploitation and mine closures. He is interested in widely understood geomechanics and mining geotechnics. He is a co-organizer of the Altbergbau-Kolloquium conference and the Conference of Stanisław Knothe.

MSc Mateusz Dudek is the author and co-author of 9 scientific papers, several engineering projects and expertise in coal, ore mining, salt mining as well as civil engineering and geotechnics, carried out in Poland and abroad. Also, he is attending in two international research projects.