IMG PAN /Institute /About the institute 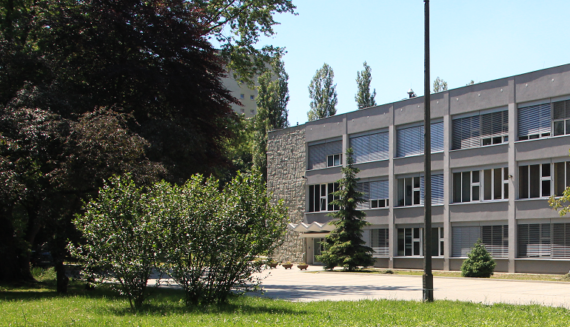 On July 1, 1954, the Polish Academy of Sciences established an independent research unit under the name of the Strata Mechanics Research Department (ZMG PAN), based in building A1 of the AGH University of Science and Technology in Krakow. The first head of the ZMG was Professor Witold Budryk, an outstanding scientist and respected authority in the field of mining. In 1959, Professor Jerzy Litwiniszyn took over the management of the Department. During this period there was an intensive development of the scientific staff and research. The scientific subject was extended to include rock mechanics, flow metrology, dynamics of undetermined air and gas flows in mine ventilation networks, micrometerics, mining damage, flows in porous centres and gasodynamics.

Thanks to the efforts of Professor Litwiniszyn and his deputy, Professor Stanislaw Knothe, between 1964 and 1968 the construction of the new building of the plant at 27 Reymonta Street, which has been its current seat since 1968, was financed.

Since the beginning of its activity, the research works have been of cognitive and application nature, as well as construction and implementation. The subject has always covered current scientific issues concerning mining, especially in the field of safety engineering of underground works and their impact on the environment. Laborious experiments are conducted in order to verify the developed theories and methods of the physical phenomena and processes analysed. The Institute is constantly developing measurement methods, and thanks to its unique apparatus, it conducts experimental research in laboratories and on real objects as well as numerical experiments. There are many laboratories in the Institute, including the accredited Calibration Laboratory of Ventilation Measurement Instruments (No. AP 118).